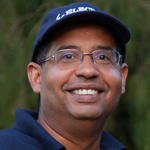 Robert Fanfant graduated from both U of WA and Washington State University with degrees in Electrical Engineering and Material Science. Worked at Intel Corp manufacturing computer chips, transitioning into software development. Retired in 2014 after a successful career at Applied Microsystem, Microsoft and software consulting. He obtained his novice license (WB7TDU) when 14 years of age, eventually obtaining his Extra license in the mid 90’s. His primary passion is combining his love of travel and chasing DX. Retirement has enabled him to also give back to the amateur radio community by also becoming the “DX”. His other passions include landscape photography, motorcycle adventure touring, gardening and spending time with family and friends. 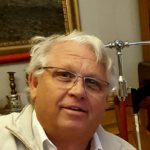 Hawk has been born into ham radio, licensed since 1974, before then he operated as a second op of his father.  He enjoys DXing and Contests from his farm north of Stockholm. Hawk is well equipped with large antenna systems from 160m now even to 6m. Hawk holds 9BDDXCC, 9BDWAS, 9BDWAZ confirming 277 countries on 160m, 343 on 80m, North Korea left on 40m etc, he has over 3000 on DXCC Challenge.

Hawk has been a team member of /OH0, OF0MA, D68C, A52SM, NH8S, VK9WA and as a 2nd op from many locations over the globe during his business trips. Hawk has been working as a Managing Director for middle size electronic companies for over 20 years. He has just sold his security company so now there are more time over for the hobby, he just started with EME on 6m.  Hawk is married and has 5 grand children.  He is looking forward for the upcoming pileup. 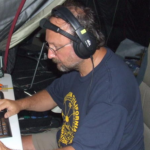 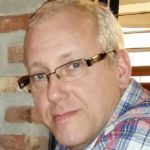 Morten grew up in Oslo, and moved when he was 10 years of age to a small village in the deep forests in the south-eastern part of Norway.  He was first exposed to ham radio at the age of 15, but and got his Novice license in 1986 (LB8DC), upgrading to Advanced in 1987 with the call LA9DFA.  In December 2015, he took back the LB8DC callsign.

He’s an avid contester and DXer.  He’s participated in numerous contests over the years with a variety of calls.  Since 2006 he’s held LA3C/LN3C (LI3C in 2014) and uses that primarily for contesting.

His first DXpedition was to Svalbard in 1993 as JW9DFA.  He’s returned twice since (2006 and 2011) and has enjoyed the pileups, despite the challenge of working HF through aurora.  He’s operated as OJ0LA on Market Reef with the QLF DX Team and, in March 2016, as VK9CK on Cocos (Keeling) Island with the DipperDX Team.  Morten enjoys running large pileups on SSB and RTTY, but has a particular affection for CW pileups. 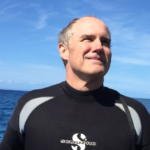 Brian was originally licensed around 1980. He returned to the hobby, after a work and family hiatus, in 2000 or so. Brian’s particularly interested in low-band operation on this trip. Though he has not yet been on a big DXpedition, his past relevant contest experience includes being part of VP5W for the 2008 CQWW CW, placing well in ARRL and CQWW RTTY contests as part of K7BTW for many of the past few years. He still holds the ARRL 160 meter contest record for WWA SOLP in 2006 as W7DX and has participated in a number of miscellaneous SSB contests including an impressive multi-op low power entry as part of K7IR in the 2016 ARRL Sweepstakes.

He has a ton of computer experience, and enjoys building radio things occasionally. He’s SCUBA certified, enjoys camping and cycling, but usually in weather cooler than that on Mellish. He is the editor of the ARRL Contest Update. 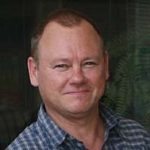 Eric was first licensed in the mid-70’s as SM2ALH while he lived in the northern part of Sweden.  His interest in DX came early as he participated in the active group around SK2KW working CQWW and CQWPX.  After school and the military service he spent half a year as a UN peace keeping soldier in the Sinai desert.  Most spare time was spent on the air and he worked thousands of contacts as SM2ALH/4U.

His main interest in radio is DX-hunting on low bands, antennas and a good laughs with other hams.  This is his first full scale DXPedition, though he gathered some experience during two trips to Madagascar in 2006 and 2011 (see 5R8HL).  His present QTH is on the Gotland Island in the Baltic Sea, where his work for the government brought him some 35 years ago. 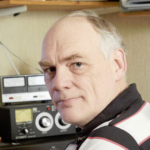 Lasse received his ham license at the age 14 and has been on the air for more than 43 years. He graduated from LiTH University with a MSc in 1982, and since then been involved in RF-design and systems evaluation at a government research facility.

He has always been a CW-op and still loves the sound of Morse code. He spent 15 months in the army as a special radio op, and was expelled from the CW-class, with the simple message, “We cannot teach you anything more.” Instead, he spent days at the army ham radio club working DX.  Lasse has 300+ worked countries on CW from a small city lot, but has been very poor at collecting cards. Not just being an operator, he enjoys designing and building transmitters and receivers. He has fully equipped a home RF lab.

Lasse also enjoys photography, training two sheep dogs, and brewing the perfect cup of espresso; decaf is not an option. 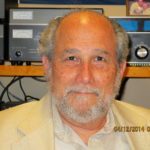 David was first licensed in 1964 as WN5LMH.  The call W5XU was obtained in 1996.  Married with 5 children and 7 grandchildren, he lives with his XYL, Paula, in Covington, LA.

He has a BS, Physics from Loyola University with a minor concentration in Math and Chemistry and a MS degree in Electrical Engineering from LSU.  He is semi retired leaving his consulting firm after 42 years in the Mechanical and Electrical Consulting field.  His work ranged from Canada, the US to the Caribbean.

His interests in Ham radio range from DX and DXpeditions to restoring old radios to raising antennas on the home in the woods and operating contests.  He has operated IOTA (Grand Isle,LA, NA 168 as W5GIX); Curacao as PJ2/W5XU when it became a new country; VP8STI and VP8SGI, South Sandwich and South Georgia Islands Jan/ Feb 2015.  He is a member of NORCAL, Intrepid DX Group, Baton Rouge Amateur Radio Club, Delta DX Association, Lone Star DX Association and Life Member ARRL and QCWA.  His mix total is 352 needing only 3 for all worked. 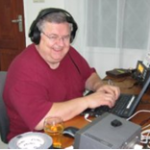 Dave has been a licensed ham since 1970 has enjoyed a passion for DXing and CW Contesting. An experienced DXpeditioner he has traveled to and operated from over 65 different DXCC entities. His rare trips include Navassa (KP1) in 1993, Easter Island (XR0Y) in 1995, Clipperton (TX5K) in 2013 and well as Heard Island (KK6EK) in 2016.

We have assembled a great team of DXpedition pilots. Pilots will provide communication to the on-island team about propagation, band openings, pileup conditions, etc. The pilots do not have access to the log and cannot answer log, QSO, or QSL questions.

Paul is helping with ground operations and equipment coordination in Cairns, Australia.

While Bengt is unable to travel on this DXPedition, he’s serving as webmaster and social media liaison, and has supplied equipment.